I was in the middle of a busy day in my neurology clinic, running behind schedule and worrying that my patients would be upset about having to wait. Fortunately one of my visits went quickly, and I felt a sense of relief as I stood up to leave the room. But the patient ignored my non-verbal cues and kept talking. He began to tell a story which was unrelated to our visit, and despite my impatience I had the feeling that I should sit back down again and listen.

One day the patient’s wife started to feel unwell and went to bed early. Within several days she was spending all of her time in bed, and then she became confused and didn’t make sense when she talked. My patient had serious health problems of his own, and his condition deteriorated as his wife could no longer care for him. When his wife’s sister visited them one day she was alarmed to discover the poor state of their health. She called for two ambulances to take them both to the hospital.

“I never spoke with my wife again,” the man said regretfully. Doctors at the hospital quickly discovered that she had advanced breast cancer which had spread throughout her body. “She was just scared,” he guessed. “She knew what was happening, but she didn’t tell me because she was scared to go to the hospital.” His wife suffered a cardiac arrest a day or so into their hospitalization and was resuscitated. My patient described being wheeled from his own hospital room to the intensive care unit to see her one last time before instructing the doctors to withdraw life support.

What a heartbreaking story! I told the man how sorry I felt for what had happened to him and his wife. He shook my hand and then left the room, apparently satisfied that he had said all that he wanted to say.

How glad I was that I had not left the room when I had first intended to! How would he have felt if I had forced my way out of the conversation and out of the room right when he was getting ready to tell me his very personal experience?

When I sat back down to listen to this man I was trying to follow the Spirit and be the kind of person that the Lord would want me to be. His example and his teachings make me want to be more compassionate to others at work and at home, a better listener, and a better person. Following Christ and trying to be like him is the essence of the baptismal covenant.

The prophet Alma described the kind of love and service we should give to one another as disciples of Christ:

“8. And it came to pass that he said unto them: Behold, here are the waters of Mormon (for thus were they called) and now, as ye are desirous to come into the fold of God, and to be called his people, and are willing to bear one another’s burdens, that they may be light;

“10. Now I say unto you, if this be the desire of your hearts, what have you against being baptized in the name of the Lord, as a witness before him that ye have entered into a covenant with him, that ye will serve him and keep his commandments, that he may pour out his Spirit more abundantly upon you?” (Mosiah 18:8-10, emphasis added. Also compare John 13:34-35).

I don’t know why my patient felt such a strong desire to share his story right then, but I do know why I listened. He stood in need of comfort, so I needed to comfort him. He was mourning, and I was willing to mourn with him. He was bearing a burden, and I could help him bear it because I was a servant of God.

(Note: This article was published, in edited form, in the February 2019 Ensign Magazine. This post is a revision of a previous post from 2014.) 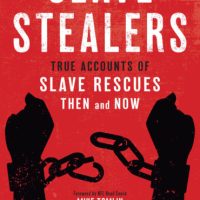 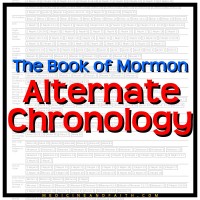 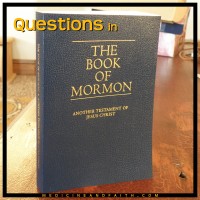 ▸ The Book of Mormon - Alternate Chronology
▸ A Disease With Perks
▸ Mourning with Those that Mourn
▸ Memories of a Mentor
▸ The Whole Personal Protective Equipment of God
▸ Is There Something Wrong?
▸ Book Review: Kennedy's Hugs
▸ Alternative Medicine
▸ Ministering for Sociophobes: A Practical Guide
▸ Questions in the Book of Mormon
▸ A British Summer: My Experience as a Latter-day Saint Missionary
▸ A Medical Education Memoir
▸ Embrace the Certainty
▸ Help My Unbelief