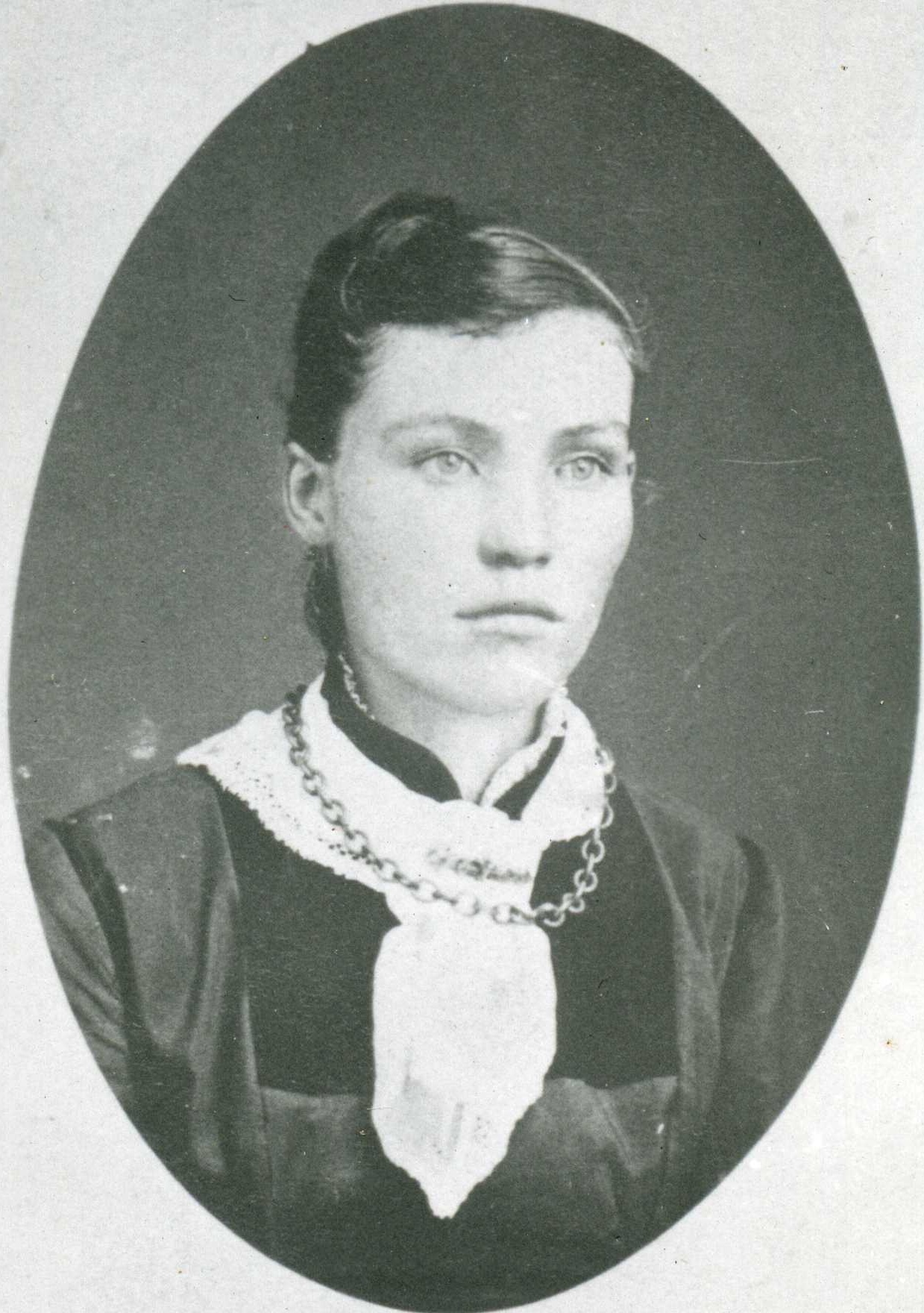 This week we celebrate Pioneer Day in Utah, commemorating the entry of the first wagon train of pioneers into the Salt Lake Valley. On 24 July 1847, Brigham Young looked over the valley for the first time and declared, “This is the right place.” Each year on this day Latter-day Saints around the world remember and celebrate the sturdy and heroic generations of the nineteenth century pioneer era of Church history. We have much to learn from these pioneers, who worked so hard and sacrificed so much to build the communities of the Mountain West. All of my family lines were in the Utah Territory in the 1800’s, and I love to tell my kids the stories of our pioneer ancestors. Five of my children have names drawn from these family members and their stories.

In discussing the Utah pioneers there is a tendency to grant them a sort of nobility status, which I think is understandable and defensible considering the endurance of their accomplishments. But it should be made clear that whatever titles of nobility they may deserve are strictly not hereditary, and must be individually re-earned by each generation. In other words, I am not a great man because of who my ancestors were, but I may prove myself to be a great man by my own character and by my own contributions to the betterment of society. Also, each generation’s nobility is available by the same means to everyone in that generation, regardless of who they descend from.

Lately I have been thinking about my great-great grandmother, Lucinda Araminta Stewart (1865-1941), who was known to her friends as “Luna.” I feel a kinship with her because she was also a healthcare professional, although her life was dramatically different from mine. Her story is a tragedy and a triumph, almost like a phoenix rising from the ashes, except that she could never seem to rise very far above them.

She was born in 1865 in Salt Lake City, but moved with her family to settle the small southern Utah town of Kanab when she was 5 years old. Her father, Levi Stewart, was the bishop and town founder. It was a hard frontier life, and before she reached adolescence she had lost both of her parents. On a December night during their first winter in Kanab there was a house fire which killed three of her brothers and two of her half brothers. Her mother was restrained by her husband from running back into the house, but when he was distracted by something and looked away she ran back in to save her boys. Unfortunately she never came back  out, dying of smoke inhalation. This tragic loss cut a deep scar in the soul of little Luna, who was not quite 6 years old at the time. For some time she refused to even walk past the spot where her mother had died, and when her father would carry her past the spot she would bury her face in his shoulder and cry. But she could not rely on her father’s strength forever, because he died just a few years later after suffering prolonged and complicated grief.

At the young age of 17 Luna became the plural wife of a man more than twice her age, Abia William “Will” Brown, who was her schoolteacher. They enjoyed reading books together, and Lucinda chose to marry him over younger men because she “honored and reverenced Will for his integrity, sensitivity, and fine mind.” This admiration was mutual, as he “really loved her because of this mind she had.”

Will Brown and his first wife Emma had children who were older than Luna. Emma actually accompanied the couple on their trip to St. George for the wedding, which had to be an awkward journey. Emma admitted to a family member, “I often resented Aunt Luny because she had such a quick mind and he spent so much time with her.”

Luna and her husband together had 4 children who lived to adulthood, but 6 children were lost to stillbirth or miscarriage. Within about a decade of Luna’s marriage the Church discontinued the practice of polygamy. Although existing plural families were not necessarily broken up after this policy change, her husband became less involved as a provider and patriarch for the family, and Luna found that she needed a vocation in order to support herself and her children. She spent some time as a school teacher south of Bryce Canyon (possibly in the now-ghost-town of Paria). Then in about 1902, at the age of 37, she went to Salt Lake City to train as a nurse midwife, studying with a Dr. Middleton who became her mentor. Being a healthcare worker was a Church calling back then, and she was set apart by Apostle George F. Richards to care for the sick and to be a midwife. She was told that she had the spiritual gift of “healing in her hands.”

Luna brought her teenage daughters to Salt Lake City again in 1910 so that they could attend high school. But she could not find work there because of the number of midwives and nurses in the city, so they lived in poverty. The girls only had one skirt and two blouses each to wear. After some months she was able to earn $10 by working for two weeks, but instead of buying food or clothing for her daughters she used the money to purchase leather-bound editions of the complete works of Shakespeare and Tennyson, and wrote in the front cover, “Dedicated to the learning of Abby and Margery.” A sister-in-law who was visiting them at the time complained to her, “Here these girls have hardly a rag to their backs, and you go and buy a book!” Luna replied, “I’d rather put it in their heads than on their backs any day.” This emphasis and priority placed on education and learning has been passed down through the generations in my family ever since Great-Great Grandma Brown, and I am doing my best to pass it on to my own children.

Sometime around 1915 Luna moved to the tiny town of Alamo in eastern Nevada to work as a nurse midwife and as the only healthcare provider for the region. Her older brother William Thomas Stewart was the founder and bishop of Alamo. Luna’s granddaughter Glenna recorded, “My mother, as a young school teacher, bought $400 worth of lumber and supplies from which was built Grandma’s little unpainted house in Alamo, Nevada, in which I was born. Weathered gray lumber, it soon became. No plumbing or electricity graced it, but a huge silver cottonwood sheltered it from the desert sun.” This humble house was her home for over 20 years, as she served as the only healthcare provider in Alamo and in towns as far as 200 miles away.

Payment for her medical services was usually “in kind” with groceries rather than with money. Luna charged $5 for delivering a baby, which included prenatal care and staying in the home for two weeks after the delivery to do housework for the family of the new mother. According to family records she delivered over 1,000 babies (one account said 5,000), and one source claimed that she never lost a single mother or baby (which is almost unbelievable, but I do believe in miracles). 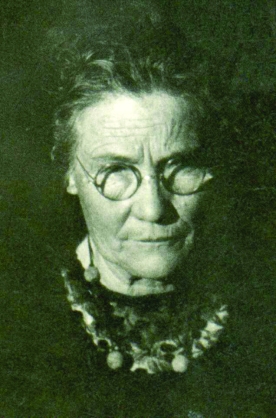 Being the only healthcare provider in the region meant that she was always on call. Once in the middle of the night, when Luna herself was sick in bed with pneumonia, “there came a man banging at her door, urgently calling for help, pleading that his wife in early pregnancy was in terrible pain. Lucinda arose from her bed weak and shaky, dressed and rode horseback with him for several hours in a cold wind, coughing all the way. She arrived and soon determined that the woman had a Fallopian pregnancy which was near to rupturing, and it required surgery to save her life.” Though the woman’s life was saved, Luna never returned to her previous health after the exertions of that night.

Her daughter Margery wrote, “I have seen Mother come home just exhausted and fall into bed, and we would take food to bed to her. Whenever we would hear the dog bark in the middle of the night we always knew it was someone coming for mother for an emergency. One night she had just come home exhausted and had to go right to bed, then in the night the dog barked, and sure enough, someone had come to her for help. I protested. She had never spoken crossly to me in her life before, but now she said, ‘Margery, I am ashamed of you!’ She always said she had been set apart for the work and so had the promise that she would be sustained in it!”

Luna was a woman of faith and a diligent student of the scriptures. She read the Book of Mormon every year of her adult life. During her time in Alamo she was visited by a Church leader from Salt Lake City, who gave his opinion that “she probably knew the Book of Mormon better than anyone in the Church.” She faithfully paid tithing to the Lord on her meager income.

When Luna was dying in 1941 she asked to be buried in Alamo. She had a funeral plot next to her husband in Fredonia, Arizona, about 7 miles south of Kanab, but Luna’s sister-wife Emma had used that plot to bury one of her own children. “I want to be buried in Alamo where I am really loved,” she concluded.

Many years after Luna’s death, her granddaughter Glenna wrote these words about her: “One of my earliest impressions is of the touch of her hands, brown, wrinkled, and worn … how it brought peace to a child’s fevered brow. The touch was the gentleness, the love and the sympathy of her great heart, and yet more, it was a divine gift, and healing was in that touch. As a young girl, I looked at my own hands, smooth and white, and thought, ‘Grandma’s are more beautiful. I hope mine someday might show such character, such a story of service.'” Her granddaughter Glenna is my grandmother, who as of this writing is still alive at age 97. I remember making similar observations about the wrinkles and discoloration of Grandma Glenna’s hands when I was a child. She earned those wrinkles and brown spots through decades of service to her family, the church, and the communities where she lived.

Grandma’s hands show us our potential to become better than we are, and give us inspiration to rise to that potential. We see how they struggled through poverty and deprivation, through grievous family trials and illnesses, yet managed to live virtuously, with honor and with contentment. And that is really the point of all of our efforts to memorialize our ancestors, whether they were heroic pioneers or otherwise. What they endured, we can endure, and the faith that kept them strong can keep us strong too.

Alan B. Sanderson, MD is a member of The Church of Jesus Christ of Latter-day Saints and is a practicing neurologist. Quotations were taken from the life sketches of Lucinda Araminta Stewart Brown written by Luna’s daughter Margery Brown Cottam (1894-1975) and granddaughter Glenna Cottam Sanderson (1921-present). Photos contributed by members of the Cottam family, with the exception as noted.

One reply to “Grandma’s Hands: The Story of a Frontier Midwife”