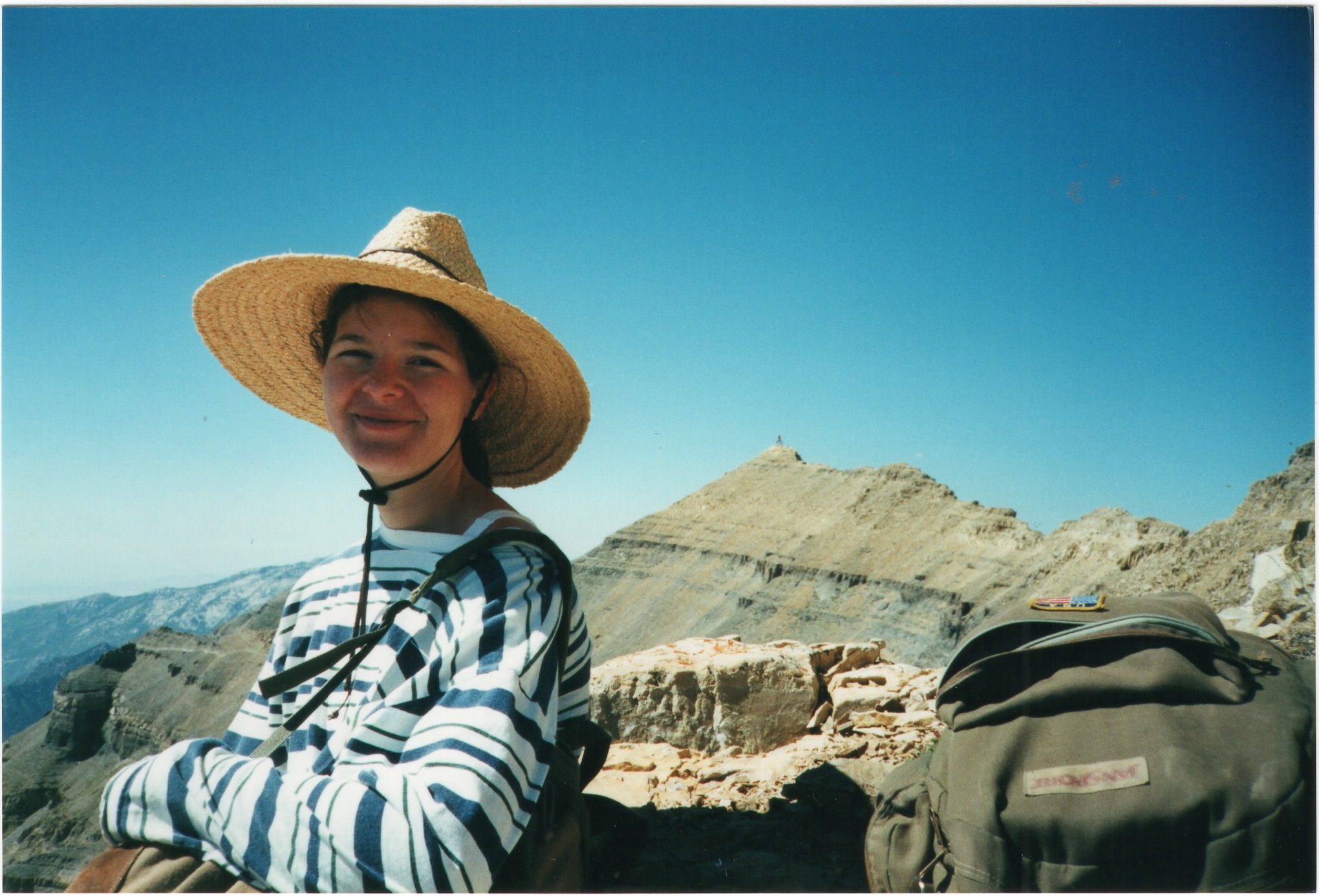 Many years ago I did something stupid. I climbed Mount Timpanogos (11,752 feet, 3,582 meters) a few days after injuring my left knee. By the time I had reached Emerald Lake at 10,000 feet (3,050 meters) I could tell that my knee was going to be sore, and I considered turning back, but I pushed on because I didn’t want to get so close to the top without getting there. As I approached the summit it became painful to bend my knee, so I hobbled along trying to keep my left leg straight. It became clear to me that I was in trouble when I finally stood at the top of the mountain and gazed down on the valley thousands of feet below me.

While I stood there I worried about a lot of things. My first worry was that I wouldn’t make it down the mountain without help. The thought of having to be rescued because of my own stubborn foolishness was simply mortifying to me (almost literally). I also worried about how much time and money this injury would cost, and I fully expected that I was destined for knee surgery and months of the rehabilitation. Most of all I worried that I had done permanent damage to my knee, and that I could be facing a lifelong disability. Here I was at age 21, active and in excellent physical shape, standing on top of a nearly 12,000 foot mountain, worried that I had just traded my entire future of physical activity for one day of hiking.

As these thoughts and worries reverberated in my mind, I determined to seek help from a higher power. In my hiking group were two friends whom I knew to be men of God. They had both recently returned from serving as missionaries, and both were worthy holders of the priesthood power. I asked them to lay their hands on me and give me a blessing of healing, which they did a few paces away from the summit. In the words of the blessing I was promised that I would make it down the mountain, that my knee would heal, and that I would have all of the physical health I would need to accomplish all of the work which the Lord would require of me throughout my life.

I had faith in that blessing, and in my friend’s authority to declare it in the name of Jesus Christ, so I got back on my feet and started to descend the mountain. The pain in my left knee was less when I held my knee straight, so I adopted a “peg leg” gait. Most of my group stopped at 10,000 feet to rest and eat lunch at the lake, but I went on ahead because I was now the slowest one in the group and I didn’t want to make everyone wait for me. As I moved down the trail I got used to my new gait, and I learned how to work around the rocks and other obstacles. I made better time than I expected, and when my friends finally caught up to me about 2 hours later they were surprised at how quickly I was moving. One of them joked that they were going to injure my other knee in order to slow me down. My knee hurt for several days after the hike, but it gradually improved. Within a couple of weeks I could ride my bike to work and back, about 30 miles round trip. Some years later I started distance running, and have been able to finish marathons and half marathons without having any problems with my knee.

Latter-day Saints believe in faith healing. Our seventh Article of Faith declares that we believe in the gift of healing, among other spiritual gifts. This gift is among the signs that Jesus said would “follow them that believe … they shall lay hands on the sick, and they shall recover” (Mark 16:17-18). The scriptures give many examples of miraculous healings performed by Jesus and by his disciples. Lepers were cleansed, the blind received their sight, the lame were made to walk, and even the dead were brought back to life. In The Church of Jesus Christ of Latter-day Saints we follow the procedure described in James 5:14-15:

“Is any sick among you? let him call for the elders of the church; and let them pray over him, anointing him with oil in the name of the Lord:

And the prayer of faith shall save the sick, and the Lord shall raise him up; and if he have committed sins, they shall be forgiven him.”

I have participated in many priesthood blessings for the sick, both giving and receiving. My sicknesses have been healed, and I have witnessed the healing of people under my hands by the power of the priesthood. But how does my belief in faith healing affect my practice of medicine? I’m not sure that it does very much. I consider healing by faith to be mostly separate from my job as a doctor. If my patients want to be healed though their faith, then they don’t call my office for that service.

My job is use the tools of modern medicine to cure disease and to ease suffering. In the context of my clinical work I have seen the lame walk, the blind see, the dumb speak, and even the dead brought back to life. Leprosy is rare where I live, so I haven’t seen it cured, but modern medicine can do that too. Is there a contradiction here? Does being a man of faith who believes in faith healing counter or compete with my role and work as a medical doctor? I don’t think so. Brigham Young, the second president of the church, gave this perspective:

“If we are sick, and ask the Lord to heal us, and to do all for us that is necessary to be done, according to my understanding of the Gospel of salvation, I might as well ask the Lord to cause my wheat and corn to grow, without my plowing the ground and casting in the seed. It appears consistent to me to apply every remedy that comes within the range of my knowledge, and to ask my Father in Heaven, in the name of Jesus Christ, to sanctify that application to the healing of my body.”

My role, then, is to use my knowledge and skills in medicine to help all of my patients, and my approach to their care is not influenced much by whether or not they believe in faith healing. If my patients say that they believe in the Lord’s power to heal them, then I encourage that belief and tell them that I share it. But I don’t think my clinic is the right place to preach my beliefs to those who don’t share them and who don’t express any interest in hearing about them. I don’t think I have ever participated in a priesthood blessing for one of my patients, and obviously that is not a medical service I could or would bill the patient for. (I don’t think there is a CPT code for that, anyway.)

The Lord can heal things that I can’t. I often confess to my patients that I am neither omniscient nor omnipotent. There are some injuries and diseases for which we just don’t have the tools to fix in a satisfactory way. Medical technology will advance into those areas if God is willing to let it, and I still hope that someday I can offer my patients a cure for Alzheimer or Parkinson disease, or amyotrophic lateral sclerosis. No disease or injury is beyond God’s power to heal, and we have his promise that all of these things will be fixed in the resurrection, even if it is not his will to cure them in this life.

The word of the Lord, declared by my friend at the summit of Mount Timpanogos, has been so far fulfilled. I have had the physical strength to do all of the things the Lord has wanted me to do. Because I healed so fast I never saw a doctor about my knee, and never had a surgery. A year after the injury I climbed the same mountain with my fiancée a few weeks before our marriage. Just last year I hiked it again with some of my children, and you might see us reach the summit this year. I’m sure this is part of the work the Lord wanted me to have good health for.

5 replies to “Faith to be Healed”