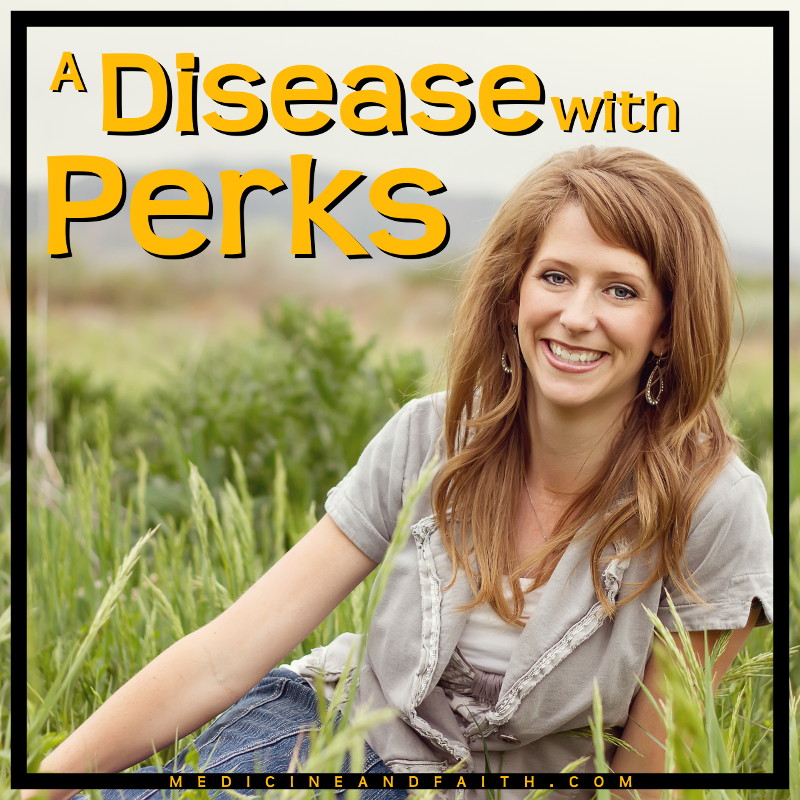 … but you have to look for them.

I have been thinking about cancer lately, for two reasons. The first was the story I wrote about my aunt Steffanie. The second reason is a blog I recently came across which is written by one of my neighbors, Christie Perkins. She has stage IV breast cancer, and has been really fearless in writing about her experience. Her blog is called “How Perky Works,” and it is a case study in unsinkable optimism. Spend an afternoon with her blog; I promise you won’t regret it!

Cancer lends itself to all kinds of lessons, and the pages of Christie’s blog are full of them. She teaches about how to accept and acknowledge the sadness of a serious illness and still choose happiness. Again and again and again she describes a setback in her illness, and how it tears at her emotions, but she works through it and comes out ahead, with a smile from ear to ear. And you can’t help but smile with her.

So what are the perks of having cancer? Read her blog to find out! I will point you to one example, which is a list of the Top 10 Perks of Wearing a Baby Blue Mask. (She had to wear a surgical mask for a few weeks because her immune system was really suppressed from the chemotherapy.)

Christie is a teacher and a mentor, showing us by example how to rely on God’s grace. Sometimes extreme examples clarify the boundaries of a problem, and cancer has a way of taking us to extremes. As I have said before, disease can be one of God’s most powerful refining tools.

I think there are also lessons to be learned from the disease mechanism. For example, one of my kids once asked me, “What is cancer?”

My reply went something like this: “Your body is made up of trillions of tiny cells that all have to work together. They have rules to help them stay in the right places and get their work done. Cancer is when some of the cells decide that they are going to do their own thing and stop following the rules. Cancer can start in any part of the body. The bad cells grow into tumors and start to spread into places where they are not supposed to go, and this can stop the other cells from doing their work.”

This explanation is basically an analogy about following rules and doing work, which is something kids should be familiar with. They understand what happens when they break the rules or don’t do their work at home or at school. (But I don’t think I have ever accused my kids of acting like cancer cells. That seems a little harsh. Instead my wife and I use an astronomy analogy: planets clear their own orbits, but comets constantly spew dust and other particles out into space. We admonish our kids to act like planets, not comets.)

The cancer analogy here works well with the Apostle Paul’s metaphor which compares the Church of Christ to a body, and the members of the Church to parts of the body (1 Cor 12:12-31). “That there should be no schism in the body; but that the members should have the same care one for another. And whether one member suffer, all the members suffer with it; or one member be honoured, all the members rejoice with it” (1 Cor 12:25-26). Cancer represents a literal “schism in the body.” It is a mutiny, an insurrection, a treason. Just as cancer destroys the body, disunity and disobedience among the members of the Church can cause it to fail in its mission.

Here’s a little secret: we all have cancer cells. I probably have a cancer cell hiding somewhere among my trillions of cells this very minute. But don’t panic; your immune system is always looking for rogue cells, and is very effective at stopping them before they become a problem. Cancer is much easier to kill when it is only one cell.

But what if you don’t find the cancer until it has already grown? The aggressiveness of treatment depends on how big the problem is and how likely you are to succeed with the therapy. When the stakes are high, we are willing to accept higher risks. A benign tumor might not be worth losing your hair over, but a malignant one requires pulling out all the stops.

The same is true for the spiritual cancers that try to take over our lives. We should be willing to accept the risks here because the eternal stakes could not be higher. “No unclean thing can inherit the kingdom of heaven” (Alma 11:37), so whatever it takes to rid our souls of sin is worth the effort. We are also assured of success if we rely on the Lord, who promised, “though your sins be as scarlet, they shall be as white as snow; though they be red like crimson, they shall be as wool” (Isaiah 1:18).

In early 2016 I had Christie’s youngest son in my Primary class, and I just loved him. (Primary is what we call the junior Sunday school.) Right as I was becoming acquainted with the Perkins family they learned that her cancer was coming out of remission.

One day in Primary singing time we were learning a song called “Gethsemane” about how Jesus Christ conquered all of the sins and pains of mortality for us. While we sang I thought of all of the children in that room, and Christie’s little boy sitting next to me, and tried to imagine the collective burden of all of their life experiences stretching on into the future: all of their sorrow for mistakes and sins, and all of their sicknesses and pains. Some of those children might receive abuse or other traumas. And some of them will suffer from the death of their loved ones, maybe even their mothers.

I was overcome by the magnitude of this burden resting on the shoulders of these innocent children. It was too heavy for me to carry.

And he will carry it for you.

Alan B. Sanderson, MD is a member of The Church of Jesus Christ of Latter-day Saints and is a practicing neurologist. Photo of Christie Perkins from http://www.howperkyworks.com. Christie passed away in April 2018, about 7 months after this post was first published.

The Least of These

Running ruminations on gospel teaching and service to the Lord.

I Got the COVID-19 Vaccine

This is the miracle we have been praying for.

7 replies to “A Disease With Perks”